Why “Yes!” I am a straight leader/pastor within MCC. Here’s why I’m proud to be part of MCC. 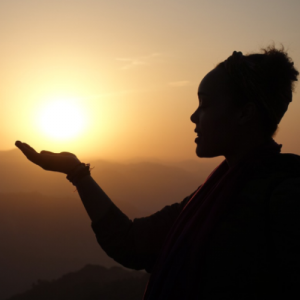 Why “Yes!” I am a straight leader/pastor within MCC. Here’s why I’m proud to be part of MCC

​​I am proud to be a part of MCC because they welcomed me with open arms. When I attended my first service at MCCDC several years ago, I felt a sense of spiritual peace after having left my charismatic, evangelical roots behind. My spirituality and theology had evolved over the years and came to a head after attending seminary at Howard University. I knew upon graduation that I would need to find a “church home” that better fit my new, inclusive, non -traditional way of thinking and being. I visited several denominations and was referred to MCC by a fellow Chaplain who was familiar with their teachings.

In many ways, MCC found me, and for that am eternally grateful.

I had always considered myself an ally of the LGBTQ community, which often put me at odds with other churches, so finding MCC was a godsend. It allowed me to embrace the fullness of who I am and who I am called to be. It crystallized my vision to be a bridge-builder, specifically with African American churches who often struggle with the conversation around LGBTQ issues. MCC also offered the wonderful opportunity to meet and bond with brothers and sisters from all over the world as a result of its vibrant international presence. One of the most life changing experiences I’ve had since joining MCC was attending REVM pre-ordination training in Canada. My cohort had representatives from 8 different countries and we were all joined around a common goal, sharing the MCC message and vision. Since that time I’ve interned, become ordained, and recently pastored my first congregation!

None of this would’ve transpired in the way that it has, had I not found MCC. In many ways, MCC found me, and for that am eternally grateful. MCC is definitely the place to be.

ABOUT THIS MCC AUTHOR:  Rev. Wendy is an ordained minister, social justice advocate and mother of one, currently residing in Washington, DC. Originally from small town southern Ohio (Portsmouth), Rev. Wendy proudly received her Bachelor’s Degree from Howard University (B.S. Human Development, in 1991) and her Master’s Degree from Howard University School of Divinity (M.A. Religious Studies, 2006.) She credits her educational experiences and single motherhood as being two of the most transformative of her life.  Read More

Having worked professionally in communications on Capitol Hill, as an adjunct professor of Communications (University of Phoenix and Community College of Baltimore County) and recently as an Executive Assistant to Benjamin Jealous, former President and CEO of the NAACP at the headquarters in Baltimore, Rev. Wendy participated in initiatives on criminal justice reform, civic engagement, economic inequality and environmental justice. Her professional background includes work in the arenas of education, human services/non-profit advocacy, communications, and chaplaincy. She was part-time pastor of Open Door Metropolitan Community Church in Germantown, Maryland and most recently served as Director of Spiritual and Cultural Outreach for 2020 US Presidential Candidate Andrew Yang.