Why MCC is more than an LGBTQ church 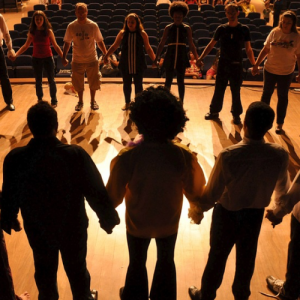 Why MCC is more than an LGBTQ church

During the Covid 19 crisis, I saw a humorous post on Facebook. Two women were in the kitchen. Helen says to her friend Sue, “Where’s Dave?”  Sue replied “He’s out in the garden.” Helen said, “I didn’t see him” to which Sue said, “Dig a little deeper.”

I found the post humorous. I’m going to take the words “dig a little deeper” to refer to attending MCC churches. You see, no two churches are alike. Each church is allowed to be the church their members want it to be. It is in attending a few of our churches and “digging a little deeper” that allows you to see how we are both similar and different.

The style of worship is also unique to each particular church. Some churches are “high church” where there is a procession of the cross and the church leaders prior to the start of church service. Others churches are very casual while other worship styles are somewhere in between high church and casual.

The type of music can be hymns from long ago, hymns that have been rewritten to show diversity and inclusivity, as well as contemporary music projected on LED screens. Quite often keyboards are used instead of pianos. There may or may not be a choir. Churches projecting contemporary music often have song leaders at the front of the church helping to lead the singing. Drums and other instruments may or may not be used in the service.

Communion is celebrated each week during the worship service and can also be celebrated and shared during any other gatherings during the week. Communion is the sharing of a wafer or bread along with grape juice while sharing the story of Jesus sharing bread and the cup with his disciples prior to his arrest. Grape juice is used for all so as not to set apart those who can’t have wine.

Some churches read a written document while celebrating communion; others allow the Holy Spirit to provide the words to the celebration. Sometimes, the church members have a written response.

What I find fascinating about MCC’s individual churches is the way the service flows. For pastors and members from rather traditional religious backgrounds, the service might be more subdued. Whereas, if the pastor and/or church members have a Pentecostal or other lively religious background, there may be clapping during music, standing up and swaying to the beat. The occasional “amen” can often be heard during the service.

Food is often part of the service. Oftentimes, coffee and donuts are shared prior to church service. Or, snacks and beverages are served after the service so folx can mingle and talk for awhile. And sometimes, lunch is offered and also provided for the homeless.

People who attend MCC churches come from all walks of life. Some are wealthy; some have little from which to give financially. Some are active and attend all services and special events; others only attend services now and then. People of different races and cultures attend services and churches often adapt to be welcoming to new people through music selections and language – bilingual services are commonplace. My husband and I were welcomed into MCC as a heterosexual couple. Our children and their families would attend church with us when they were visiting from out of state.

This is why I say no two MCC churches are alike. Where we are alike is our concern for people of all races, cultures, genders, sexual orientations, and for any who are being mistreated. You will find MCC standing in solidarity protesting violence against people who happen to be transgender, against injustice for people of color, against anti-gay policies, against voting suppression, against homelessness, against violence against women AND men, against immigration abuse, and so much more! As a veteran, I also stand up and protest against unjust military policies and Military Sexual Trauma and abuse.

I have found MCC churches to be places where people are welcomed to come just as they are – wherever they are on their spiritual journey of discovering who they are and who they are meant to be. Those who have been hurt or abused by previous church experiences are allowed to “heal” from those hurts. It is so rewarding to see someone who timidly comes into the church and sits in the very back so as not to be seen, grow and heal – sitting closer and closer to the front of the church and allowing themselves to be seen and heard for who they are.

Please, don’t be afraid to explore MCC. Come in and see if what we say and how we welcome you makes you feel at home. Come for the music and stay for the message. Get to know us. I hope to see you – soon!

ABOUT THIS MCC AUTHOR: Colleen Foley (MDiv) came into ministry after working in several career fields. It was only after becoming involved with MCC that she began to realize her “calling” into ministry. When she couldn’t deny her calling any longer, she left a 20-year career as an Architectural Masonry Manager and began her journey into ministry.  Colleen was a deacon at New Light MCC in Hagerstown, MD. She was active in Rev. Elder Darlene Gardner’s Heterosexual Advisory Committee for three years – being the lead up to and through the Chicago General Conference.  Read More

Colleen attended Lancaster Theological Seminary in Lancaster, PA and earned her Master in Divinity Degree in May 2013. While in seminary, she was active in Rev. Elder Darlene Gardner’s Heterosexual Advisory Committee for three years – being the lead up to and through the Chicago General Conference. Also while in seminary, Colleen had the pleasure of preaching the sermon and celebrating communion at ICM Santo Domingo during her cross-cultural trip to Haiti and Santo Domingo. Colleen began her work as Senior Pastor at MCC Louisville, KY in September 2013. During her tenure, the church sold their 100 year-old building that was in much need of repair. She helped the church to rent building space for two years and then negotiated lease arrangements with a local LGBTQ+ friendly UCC. She resigned from her position in December 2018 in order to care for her husband while he recovered from an invasive ankle surgery. She and her husband, John, returned to Maryland where they could be closer to family and friends.