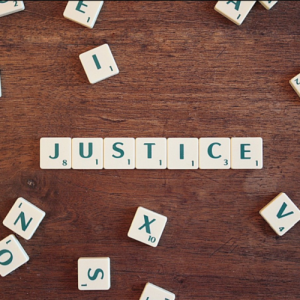 The work of justice by faith communities is thousands of years old. When the prophet Micah was asked “What does God ask of us?,” the prophet responded “to do justice, love mercy and walk humbly with God.” From these early Jewish faith communities, and continuing through Christianity and all of the world’s major religions, the work of justice has been central to their purpose.

It’s not just about personal beliefs of personal worship. It’s also about bringing about the dominion/kingdom/realm of God on earth. People of faith have historically been at their best when they worked at ensuring everyone is able to experience not only the love of God but also the will of God for everyone to experience equally. People of faith have historically been challenged to not only feed the poor but also to change systems and structures to reduce or eliminate poverty.

Acts of justice have been a core of what MCC has been about since its very beginning and we have tried to live out the teachings of Jesus to care for the poor, the sick, the prisoner, etc.

When Metropolitan Community Churches (MCC) was established in 1968, the Rev. Troy Perry said that God’s vision for MCC was to do spirituality, do community and do social justice. So acts of justice have been a core of what MCC has been about since its very beginning and we have tried to live out the teachings of Jesus to care for the poor, the sick, the prisoner, etc. This care must include both helping the individual and changing society so fewer individuals will be in that situation. This dual mandate will often put communities of faith in opposition to those in power. It means that we will be required to speak truth to power, challenge systems and structures, and call upon governments to become more just and more committed to full equality. The failure of faith communities to do acts of justice would betray our spiritual ancestors from ancient times down through history.

Some MCCs excel at providing services to individuals in need, while others excel at advocating for change, and some do both. It’s absolutely a part of our history and our reason for being that MCC practices spirituality, community, and social justice. We invite everyone who wants to join us on this spiritual journey to also join us in doing acts of justice so that the world will be a better place for those who will come after us.

ABOUT THIS MCC AUTHOR:  Rev. Dr. Brent Hawkes, C.M., is the Founder and Executive Director of Rainbow Faith and Freedom, and Senior Pastor Emeritus of Metropolitan Community Church of Toronto where he was at the forefront of ministry to the LGBTQ2 community for over 40 years. On January 14, 2001, he officiated at the first legal same sex marriages in the world. He received the Order of Canada, the Order of New Brunswick and three honorary degrees for his stand on social justice and human rights within the LGBTQ2 communities.