Why I believe God blesses our MCC churches 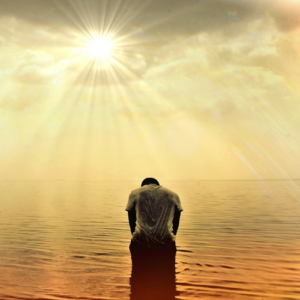 Why I believe God blesses our MCC churches

Coming from a Christian background, I often say, “Jesus saved my soul, but Troy Perry and MCC saved my life!” I have met literally thousands of people around the world who have had the same experience. These experiences have been since 1968 when Rev. Troy Perry, a gay Southern Pentecostal, started worshiping in his home with 12 very diverse people: different ages, ethnicities, faiths, genders, sexual orientations, and geographical roots. For over 50 years, MCC has maintained that same diversity, as well as its initial core values: a spiritual relationship with God, a relationship with others (community), and a social justice catalyst for all who are oppressed. MCC is a unique church and movement, a community of Faith that doesn’t just tolerate people who are “different,” but celebrates each individual.

MCC is a place where imperfect people get together and worship, learn from one another, pray together, love together, even struggle together with whatever Life brings.

When it began, MCC quickly became known as “The Gay Church,” as it was pretty much the only place one could worship as an LGBTQ+ person without being condemned. Later, it became known as “The Church With AIDS,” as the pandemic claimed many lives. Still later, it moved into a phase where it was known as “The Social Justice Church,” as it was bold in pursuing equal rights for LGBTQ+ people. These days, I believe MCC embodies all those titles, and it is still a place for ALL people. It has a uniqueness of seeing sexuality as a gift from God, and not judging people’s lives for who God created them to be. It is a place where imperfect people get together and worship, learn from one another, pray together, love together, even struggle together with whatever Life brings. Sometimes, it feels like “the island of misfit toys,” but let’s not forget that that story had a happy ending!

Do you like how laws have changed through the years, giving LGBTQ+ people more equality? Do you enjoy the Pride parades celebrated around the globe? Now consider this: it was MCC on the forefront of making those things happen. As a movement, MCC has never been afraid to stand up to oppressive systems and make life better for everyone. It’s more than a Church…it’s a way of Life. Why does God bless MCC? Why wouldn’t God bless such a place?

ABOUT THIS MCC AUTHOR:  Rev. A. Keith Mozingo is the Senior Pastor of Founders Metropolitan Community Church in Los Angeles, the founding church of MCC, where he has served since 2018. Rev. Keith is a native North Carolinian, and he, like the founder of MCC, is a gay Pentecostal. He has served as Senior Pastor of The Rock MCC (Chattanooga, TN) and MCC Baton Rouge (Baton Rouge, LA), as well as the Network Co-Leader of the South Gulf Coast Region (USA). He loves living in Los Angeles with his dog, Fairfax, and he finds the greatest gift he’s ever been given is to be the Pastor of Rev. Troy Perry, founder of MCC.