Why do MCC churches care about ancient stories from a two-thousand year old book? 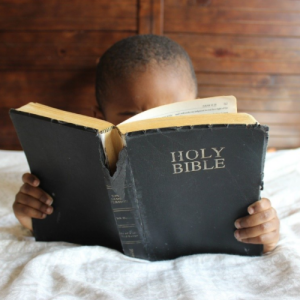 Why do MCC churches care about ancient stories from a two-thousand year old book?

I am a theologian by training. I am a Christian minister. I am also a college professor. I teach sociology and gender studies as I also have degrees in sociology. In addition to all these identities, I am also an Asian, to be more specific, a Chinese who was born in Malaysia, and a gay man. Interestingly enough, my gay identity stands out most of the time. So, I guess you wouldn’t be surprised if I tell you many people, more than I can remember, have asked me: “Why are you Christian?” and “Do you really believe in the Bible?”

I assume many people still believe Christianity and homosexuality are incompatible. Or that an intellectual person can’t really believe in those stories written more than 2000 years ago.

Yes, I am a Christian, a gay one nonetheless. I do read the Bible, and I do believe in the Bible. And I will tell you why.

I believe in the Bible because I appreciate the teachings in the Bible. They are stories about the ongoing struggle of humanity on the meaning of life and how to live our lives….The stories are inspiring because they reflect the genuine yearnings of humanity for wholeness, and for meaning.

I believe no one would deny the fact that the Bible is an ancient literary masterpiece. It is one of the building blocks of western civilization. The Bible actually is not a book. It consists of 66 books, at least in my Protestant tradition. The Bible consists of more books in Catholicism than in Protestant. The Greek Orthodox Bible has even more books than in the Catholic Bible. The Bible does not really have one view on a lot of matters but displays its thoughts in all their glorious diversity. It is why thousands of books, if not millions, have been written about the Bible in the past 2000 years.

I believe in the Bible because I appreciate the teachings in the Bible. They are stories about the ongoing struggle of humanity on the meaning of life and how to live our lives, the life of “solitary, poor, nasty, brutish, and short” as Hobbes* famously and convincingly described. The stories are inspiring because they reflect the genuine yearnings of humanity for wholeness, and for meaning.

As a Christian, I focus on the stories of Jesus. The life and message of Jesus have been described in the Bible as the “gospel”, which is “good news” (euangelion) which was a term specifically used to describe the Roman Empire of Caesar 2000 years ago. But the gospel writers tell us Jesus’ message and his life is the “good news,” not the Pax Romana, not the one of Caesar. It is political, to say the least. As I read the gospels in their historical context, I appreciate the teachings of Jesus more. I admire his courage to cross the boundaries of social norms constructed in a sexist society. I admire and appreciate he said “no” to power, to xenophobia, to subjugation of women, and to toxic masculinity instead of perpetuating them. It is inspiring to see how he lived his life under the political power and social norms of his times, and how he showed defiance.

Why am I a Christian? Why do I believe in the Bible? What does the Bible have to do with me as a person living in this 21st century? The answers have everything to do with how we read the Bible in its various and diverse literary forms.

ABOUT THIS MCC AUTHOR: Rev. Dr. Boon Lin Ngeo is Chinese Malaysian. He was an award-winning journalist before he came to the United States in 1997. He has published extensively in the Chinese language since 1999 and is the author of more than 40 books and numerous bestsellers in Malaysia.  Rev. Dr. Ngeo holds a BA in sociology from the University of Wisconsin, a MA in sociology from Minnesota State University, a Master of Theological Studies from Episcopal Divinity School, and a doctoral degree in theology from Boston University. He is also a doctoral candidate in sociology. Rev. Dr. Ngeo is a staff pastor of MCC New York, and the first openly gay minister in his native country Malaysia, and the first openly gay minister who holds a doctoral degree in theology in Asia. Read More

He is one of the most sought after speakers in LGBTI Chinese communities in Asia, such as China, Hong Kong, Taiwan and Malaysia, Rev. Dr. Ngeo’s activism in Asia has been reported by CNN and the New York Times. He also has been named as one of the most inspiring LGBT religious leaders in the world by Huffington Post.
We use cookies to ensure that we give you the best experience on our website. If you continue to use this site we will assume that you are happy with it.OkRead our privacy policy