What kind of music does MCC play in their worship services? 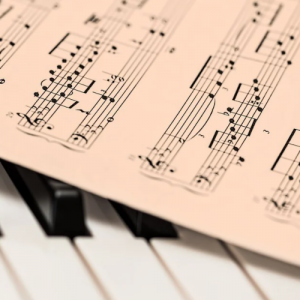 What kind of music does MCC play in their worship services?

The Metropolitan Community Church has always maintained a singing faith. Music has been used during times of trial and times of celebration. Even in the midst of AIDS, people expressed sorrow in song and somehow found it more bearable. Through music, we let the world know how fun and moving good worship can be.

As a global church, the style and genre of music can vary widely from MCC church to MCC church depending on the type of liturgy used in worship. In the USA and Canada, our churches utilize traditional hymns, contemporary pop, rock and gospel, and contemporary praise and worship. Some of our churches also play jazz, bluegrass, folk music, and songs from Broadway musicals. Outside the USA and Canada, churches not only incorporate many of these same styles, but will also incorporate regional styles such as samba, bossa nova, bolero, and reggae.

As with the style of music, the type of instrumentation and vocal groups can also vary widely from church to church. Some of our churches have chamber vocal ensembles or choirs, while others have larger gospel or full choirs. Some of our smaller churches may use recorded music. Other churches will use piano, electric or pipe organ, or keyboard. Some have instrumental ensembles with guitars, keyboard, and electric bass. Others have praise bands, full bands and orchestras filled with strings, brass, woodwind, and percussion. It is not out of the ordinary in any of our churches to hear a multitude of percussion instruments from around the world including djembes, bongos, congas, cajons, cuicas, timbales, tambourines, panderios, shekeres, maracas, and bells.

The richness of Metropolitan Community Church is that we seek to be a truly inclusive church. This is also evident in our music.

LGBTQA composers and performers have written music specifically for Metropolitan Community Church including We Are the Church Alive. It was written by Jack Hoggatt and David Pelletier. It is widely used in MCC churches. Another hymn often used in MCC worship is In the Midst of New Dimensions, sometimes called “Ours the Journey,” which was written by Julian B. Rush in 1985. For Those Tears I Died was written by a 16 year old Jesus-loving, Bible-believing, God-fearing lesbian named Marsha Steven-Pino. It is a favorite folk song sung by many MCC congregations.

The richness of Metropolitan Community Church is that we seek to be a truly inclusive church. This is also evident in our music. Gender exclusive language, like racist language, impoverishes us all. Sexist language in songs is unacceptable because it says something about God which is not true and which is unbiblical. God is not a “man”, that much is obvious, but neither is God exclusively male. The Bible is filled with feminine images of God. Most of the text used in MCC worship is either gender neutral or has a balance of both masculine and femine terms. It is our goal to always attempt to present a balanced picture of God.

If you have any questions about the style or instrumentation of a specific church, please contact that church directly.

ABOUT THIS MCC AUTHOR: Mike Haase earned his Bachelor’s degree in Music Education from Bethel University in Saint Paul, Minnesota and his Master’s degree from Saint Mary’s University in Winona, Minnesota. During his college years, Mike performed on trumpet and organ throughout the United States, Sweden, and Norway. In addition, to complete his Master’s degree, Mike wrote two intense music theory workbooks still used in many schools today.  Mike was a Music Educator and Music Department Chairperson for eleven years. He conducted concert bands, Jazz and other ensembles, and a high school marching band.  Read More

Under his direction, his ensembles won numerous awards throughout Minnesota and the central United States.  Mike has been active in many music organizations, including the Minnesota Band Director’s Association, Minnesota Music Educators Conference, and the Music Educators National Conference. He has also been sought after and served numerous years as a guest clinician and conductor for the Schmitt Music Instrumental Program’s All State Honors Band.  In addition, Mike is an accomplished organist and pianist, a respected coach/accompanist, and a singer. He began his church work in a Lutheran church in 1984 as a church organist. In 1990 he became the Primary Organist, Senior Choir Director and Youth Director. His music duties included planning all worship music, special services, and at least two choir cantatas a year. He maintained these positions until 2001.  Mike found All God’s Children Metropolitan Community Church in 2002. He immediately became involved with the music ministry by playing organ, piano, and assisting with conducting various choral and instrumental groups. In 2004, Mike became the Minister of Music. His duties and responsibilities include planning and arranging all liturgy and worship music for the Sunday morning blended service and the Wednesday evening Praise and Worship service. He also conducts the Chancel choir, Praise Band, and Chamber Instrumentalists. Currently Mike’s full-time position is at the denominational level of Metropolitan Community Churches. He is the IT, Database, and Website coordinator.  For several years Mike was the Area Manager for American Mortgage. He also was the Operations Manager for The Virant Group; a software development company. In his free-time, Mike enjoys biking, traveling, and attending performing arts events.