What is a Christian denomination and is MCC one of them? 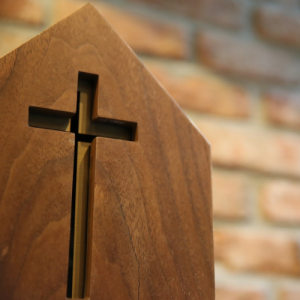 What is a Christian denomination and is MCC one of them?

It is very difficult to define both the word Christian and the word Denomination. That’s because there is so much diversity of opinion about what each of these words means. The short answer to the question is “Yes, MCC is a Christian denomination.” And, let us say more about that so you’ll know what that means for us.

Most basically, Christian refers to people of faith whose spiritual foundation and commitments include some kind of recognition of the life, ministry, and teachings of Jesus (also called “Christ” which means “anointed.”). Within Christianity there are a great number of beliefs about what it means to be Christian. Some are asked to believe certain things about Jesus (i.e. that he was the “son of God” or that his crucifixion, death and resurrection created a “salvation” or “atonement” path for humanity). Others think the most important thing is simply to honor and follow the teachings of Jesus about loving God and neighbor, and … well, to be a good person. In MCC, we have people in both of those groups, and people who fall everywhere in between. MCC is not creedal (we do not have a statement of belief about certain things that everyone must agree to if they want to be a part of MCC). Nor are we dogmatic (legalistic about that). In fact, our statement of faith is very broad, and we specifically state, “We don’t all believe exactly the same things. And yet in the midst of our diversity, we build community, grounded in God’s radically inclusive love for all people.”

It is also true that there are people in our congregations, even members, who would not consider themselves Christian, per se, or at least not exclusively so. For example, from our very first service in 1968, there were Jewish people attending our services. Likewise, some of our members might say that they were raised in a Christian home (or a predominantly Christian country/context), and that their “first language” was that of the Christian stories found in the New Testament. Some of those people may also say that they are now more humanist or more expansive in their theology.

A Denomination is simply a larger grouping of individual churches/congregations that binds together around a core sense of values, mission, and vision. MCC became a denomination when a number of new congregations sprung up around the world that shared a key identity as MCC – a church based in the radically inclusive love of God for all people, including members of the LGBTQ+ community. We do have a system of connection and governance that our member congregations agree to, and which is actually owned and controlled by those congregations. We have a denominational leader (Moderator), an elected governance/administrative body (Governing Board), and a staff who work to serve local congregations, be good stewards of MCC’s financial resources, assist other congregations and emerging ministries that wish to affiliate with MCC, and keep us moving forward according to our vision.

Finally, let’s also say that there has been a growing trend of calling MCC a “movement” rather than a denomination. The primary reasons for that are that (1) “denomination” seems a bit too institutional, mainstream, hierarchical, and unchangeable to many of us, and (2) “movement” more accurately describes what is happening with the Spirit in MCC, and how we want to be willing to change as the world changes, and, (3) our social justice activism, which is often called a movement, is SO central to who we are. At our best moments, we are allowing the Spirit of God to move in and through us to make a new, more loving, and more just world.