How MCC helped to mobilize the fight against HIV/AIDS 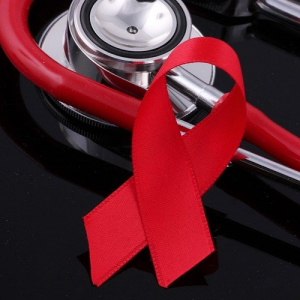 How MCC helped to mobilize the fight against HIV/AIDS

MCC was at the forefront of mobilizing the fight against HIV/AIDS from the very beginning of the AIDS crisis, when pastors and lay leaders were called on to minister to people living and dying with HIV/AIDS. Before any treatments became available, one physician said, “You in the church have more to offer people with AIDS than we do.”

1981, June – The first report of gay men dying of an unusual pneumonia, pneumocystis carinii pneumonia, was published by the U.S. Centers for Disease Control.

1982 – I became the first member of the UFMCC clergy to be diagnosed with Gay Related Immune Deficiency, or GRID, several months before the term AIDS was first used.

1983 – the MCC General Conference passed a lengthy resolution on AIDS and AIDS ministry.

1984 – I was the first member of the UFMCC clergy to be diagnosed with full-blown AIDS, when I was diagnosed with Kaposi’s sarcoma (KS) and stage 4 lymphoma.

1985 – Tammy Faye Bakker was the first televangelist to interview a gay man with AIDS when she interviewed me on the PTL Network.

1986 – I recovered completely from a toxic drug trial that put HIV and my two cancers into complete remission. I began sharing my testimony of God’s miraculous healing power around Southern California MCC’s.

MCC was at the forefront of mobilizing the fight against HIV/AIDS from the very beginning of the AIDS crisis, when pastors and lay leaders were called on to minister to people living and dying with HIV/AIDS.

MCC churches provided pastoral care and counseling to those infected and affected by HIV/AIDS, and MCC churches everywhere did a disproportionate number of funerals and memorial services.

UFMCC AIDS Ministry conducted two HIV/AIDS Surveys during the 1990’s. All in all, we found that over one-third of our male clergy and around one-third of the men, as well as a number of women, in MCC churches worldwide died of AIDS complications between 1981 and 1997.

UFMCC AIDS Ministry ended on December 31, 1997, after the “cocktail” treatments began saving the lives of many people with HIV/AIDS.

In conclusion, MCC, having a large number of gay men in its membership and its leadership, was hit hard by HIV/AIDS.  But during these years we also provided pastoral care and counseling to many people infected and affected by HIV/AIDS, particularly when families or churches-of-origin failed to step in and be present to those who were living and dying with HIV/AIDS, and we were at the forefront of AIDS Ministry throughout the world, providing resources and guidance to many denominations and non-governmental AIDS organizations beyond our local churches.   As a result MCC had a lasting impact and became better known throughout the world because of our leadership in AIDS ministry.

ABOUT THIS MCC AUTHOR: The Rev. Dr. A. Stephen Pieters received a Bachelor of Science in Speech at Northwestern University in 1974, a Master of Divinity Degree from McCormick Theological Seminary in 1979, an honorary Doctor of Ministry Degree from Samaritan College in 1989, and a Master of Arts in Clinical Psychology from Antioch University in 2003. He served as the Pastor of MCC Hartford from 1979-1982. In 1982, he moved to Los Angeles, where he served as Associate Pastor of MCC in the Valley, and taught at Samaritan College. In 1987 he was appointed Field Director of AIDS Ministry for the MCC denomination.  Read More

Rev. Pieters is one of the longest-surviving people with AIDS in the world, having first been sick with AIDS in 1982. Rev. Pieters has served on the Boards of Directors of AIDS Project Los Angeles, the AIDS Interfaith Council of Southern California, the AIDS National Interfaith Network (USA), and the first Los Angeles City/County AIDS Task Force. He has been interviewed many times on television, including by Tammy Faye Bakker, and Jane Pauley, as well as in print media all over the world, and has received many awards for his AIDS ministry. Reverend Pieters is currently retired, and serves as Staff Clergy at Founders Metropolitan Community Church. He has sung with the Gay Men’s Chorus of Los Angeles since 1994.