How have MCC churches assisted with HIV/AIDS awareness and education in South Africa? 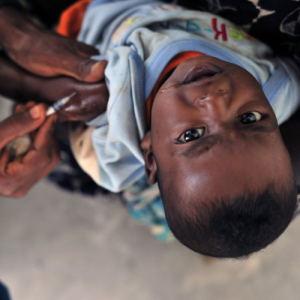 How have MCC churches assisted with HIV/AIDS awareness and education in South Africa?

It was early May in the year 2000. I had lost the ability to focus my eyes, and I was struggling to see. My partner took me through to a doctor for the HIV test which I had been dreading, the one I had refused to have. But now it seemed I had no choice. It came back positive. Not only did the test confirm that I had HIV, it confirmed that I had already developed AIDS. 2000 was not a good year to have AIDS in South Africa. President Thabo Mbeki was denying the link between HIV and AIDS; the South African Government was not providing any Antiretrovirals, and I was given the prognosis of living for another 6 months if I was lucky.

AIDS was definitely seen as a death sentence in those days in South Africa. But I knew we needed to do things differently.

I was not the first. Two years earlier our pastor of the time, Pastor Tsietsi Thandekiso had suddenly died. Even as an MCC congregation, we could talk about sexuality but we could still not mention the word AIDS. Consequently, though he died of AIDS related illnesses, this was something that was never spoken about. His death had propelled me into the senior pastoring position in our congregation and now here I was, just 2 years later, having tested positive. AIDS was definitely seen as a death sentence in those days in South Africa. But I knew we needed to do things differently. The doctor who had seen me was an amazing support, and he managed the impossible, he managed to get me onto trial medication for a drug trial called Charm which was being run from the Baragwaneth Hospital in Soweto.

Those of us on the trial were very closely monitored. I was one of the lucky ones. I did not have bad reactions to the medication, and my health improved dramatically. Having spoken to the Church Board about my HIV status, we decided we have to do something to stem the tide of AIDS related deaths in our congregation. But the stigma was intense. Every time I sneezed, people started planning my funeral. If I got the flu they were measuring me for a coffin. And yet I lived, and slowly got healthier. More and more I would get calls to come and see a congregation member – but always far too late. I was being called to their death beds as a last resort. It seemed there was less shame dying of AIDS than having to live with it.

It was a very tough time for our congregation. So many deaths, needless deaths. But slowly, through preaching and awareness raising, people started to come to me earlier. And that meant we could help get people onto treatment, and that meant people were living.

It was a very tough time for our congregation. So many deaths, needless deaths. But slowly, through preaching and awareness raising, people started to come to me earlier. And that meant we could help get people onto treatment, and that meant people were living. Now I was no longer the only person living openly with HIV in the congregation, and eventually people came to believe that I would actually live. Caring for people through the process of getting onto HIV treatment, counselling them through the side effects, supporting them through the relationships which suffered, it became our core business. We were no longer the congregation with people dying regularly of AIDS related illnesses, now we were a congregation of survivors.

Of course we did not do this alone or in a vacuum. The Treatment Action Campaign had forced the Government, through the courts, to provide treatment. National, regional, and international AIDS conferences gave us knowledge, and we were able to infuse this knowledge with what we knew of our caring God.

ABOUT THIS MCC AUTHOR:  Rev. Paul Mokgethi-Heath – Being born and growing up in Soweto in apartheid South Africa had a strong influence on Paul in terms of understanding the cost of oppression. This coupled with a strong sense of right and wrong taught by the CR fathers, the Anglican monks who worked with the marginalized in Southern Africa, formed the back bone of a life given to stand up to laws that separate, discriminate and make people vulnerable.  Paul, as a founding member of GLOW, Gay and Lesbian organization of the Witwatersrand, was part of the planning committee for the first pride march in South Africa in 1990.  Read More

Paul went on to found the Hope and Unity Metropolitan Community Church and was ordained by the UFMCC in 1999. He has also worked for GALA -(The Gay and Lesbian Archieves) on different projests and theatre productions. Paul tested HIV positive in 2000.  Having moved to Sweden in 2013, Paul was soon embroiled in the Swedish legal system which criminalizes HIV transmission by placing the entire burden of disclosure and protection on a person who is HIV positive. Where there is non disclosure, regardless of whether HIV is transmitted, a person could be found guilty of placing others at risk.
Through a series of three court cases, working through the legal system, Paul was eventually found not guilty of having endangered others, and placed the Swedish legal system in a place where the law needs to be changed.
Currently he continues his advocacy work through INERELA+ EUROPE, which is the International Network of religious leaders living with or affected by HIV. The network which he helped found in 2016. He now works as the INERELA+ EUROPE network Coordinator.