Does MCC care about economic justice? 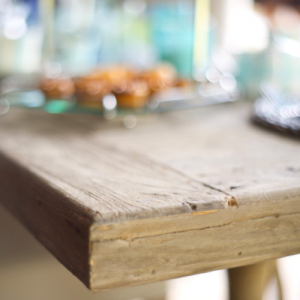 Does MCC care about economic justice?

Well… MCC is too diverse for a simple “Yes“- or “No“-answer 🙂  In general: Yes, for sure. In our denominational Vision Statement and Core Values, we clearly commit ourselves to care about justice (in general). And from my experiences with MCC, this does include caring about economic justice too – at least for LGBT-people, and at least as long as economic justice is a result of equal rights. But from my perspective, MCC could be, uhm, more “radical”. I doubt that allowing more and more people to participate in an unjust system results in a just system. As long as economic safety is still distributed in relation to marriage, taxes, education, health, origin or even names, economic safety is still a matter of sharing privileges. And including more people in sharing privileges still is excluding others (who then still rely on welfare programs and thus on the “grace” of those who are higher in the social order).

Economic justice in my understanding is MCC’s ‘Open Table’ in a material world: Everyone is welcome with everything they bring (and lack) in a community of sharing. And in this regard, I do think that MCC could care more to ‘work toward a world where everyone has enough….’

Some might say that’s ok, because economic justice is about rewarding those who fit into the system and achieve the most in it (or are at least willing to demonstrate their willingness to do so). From my point of view, this understanding is much too normative. Rather than sharing privileges, we should share resources and needs (related to the whole creation, not only related to individuals who prove to be useful for profit). Economic justice in my understanding is MCC’s “Open Table” in a material world: Everyone is welcome with everything they bring (and lack) in a community of sharing. And in this regard, I do think that MCC could care more to “work toward a world where everyone has enough”, as our Statement of Faith puts it. Considering how much we achieve as MCC with our own limited economic resources, we could proclaim much louder the imperative to break the power of traditional economic values and categories. Since your question shows that you are interested in this topic, maybe you can help us to do so! 🙂

ABOUT THIS MCC AUTHOR: Rev. Elder Ines-Paul Baumann is the pastor of MCC in Cologne/Germany and became a member of the Council of Elders in 2015. The congregation in Cologne is run on a voluntary basis in order to create as much freedom from neoliberal and normative powers as possible. Their idea is that MCC is a space for all and by all, rather than what we pay a ‘professional’ individual for. Ines-Paul makes a living as expert adviser for LGBTIQ*-parenting and with seminaries about queering genders in the context of faith and theology. Ines-Paul is a student of “Gender & Diversity B.A.” at the Faculty for Sociology and Economy at the Rhine-Waal University of Applied Sciences in Kleve/Germany. Ines-Paul lives in a true, but not exclusive relationship, and is one of three parents raising two children. Read More

Ines-Paul used to squat houses, organize Drag-King-events, tour Europe playing guitar in a queercore-band, and joined MCC not although, but because MCC so often embodies much more than just the profitable and privileged aspects of our humanness.