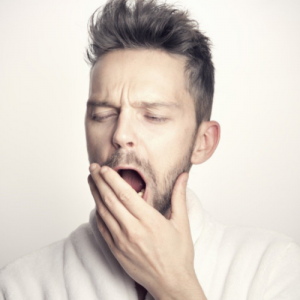 ‘The church I grew up in sure felt boring! This was a church that had a lot of money to put on worship that thousands of people attended, and yet I still found it boring. It was literally like a rock concert, but each Sunday morning I liked nothing more as a kid than to sleep in and watch cartoons instead of going to church.

Then one day I stumbled into MCC. I’ll be honest, there was so much love and acceptance and so little fire and brimstone, I thought it was an AA meeting. But this small, and at times eccentric, gathering of spiritual refugees grew on me. These are people who went through hell to get here, having been rejected from families, churches, and everything they used to hold dear. Yet they still sang with passion like they really meant all the words they were singing. Growing up, the church songs were just white noise and boring. In MCC, I found they sang the songs I sang in church, but actually meant the words. Little by little, I started to rebuild my faith and MCC gave me the freedom to do that without forcing me this way or that.

Listening to the real authentic stories of how individuals overcome so much fear and prejudice and rejection to hang onto their faith isn’t boring. It’s the most authentic and honest experience of faith and spirituality I’ve ever had.

Then I started getting more involved and we did things churches never do. How many churches do you know that march in LGBTI Pride every year? Getting a church ready for a pride parade and making your own float was the craziest, funnest thing I’ve ever done. Sharing my story through MCC when I speak to journalists about being gay and being Christian isn’t boring. People want to hear how you reconcile the two. Listening to the real authentic stories of how individuals overcome so much fear and prejudice and rejection to hang onto their faith isn’t boring. It’s the most authentic and honest experience of faith and spirituality I’ve ever had.

Have you ever done a RuPaul-style drag race pretend fashion show at a church camp before? Have you ever been to a same-gender wedding at a church before? All these things make the church I serve as Pastor the furthest thing from boring I’ve run into.

ABOUT THIS MCC AUTHOR: Rev. Alex Pittaway grew up in the pentecostal world (think Hillsong) but wanted to explore an inclusive, nonjudgmental and intimate faith community. He started going to MCC at age 19 and, being able to freely explore faith, MCC grew on him so much he moved from Sydney Australia to Indianapolis USA to become a Minister. He tries to combine the best elements of evangelical passion with progressive desire for justice. He now serves as the Pastor of MCC Brisbane and is a chaplain at the University of Queensland.