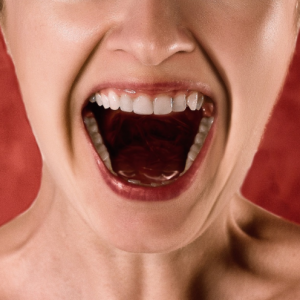 You know what? You’re not entirely wrong! Today there are around 2.4 billion people (that is billion with a “B”) that identify themselves as “Christian,” so there are various types of Christian groups, denominations, theologies, belief systems, rites, rituals, and practices that all can be described as “Christian.”

It is not uncommon (at least in the United States where I reside) to see images and stories about “Christians” on television. Many of them suggest that Christians don’t care about logic or science, and they lack common sense. You may have seen Christians shouting that they do not believe global warming is real, making statements that convey their inability to distinguish opinions from facts, and some want to meet for in-person worship services despite restrictions involving a global pandemic, and to do so without social distancing or wearing masks.

These are not the views and actions of ALL people who call themselves “Christian.” They do NOT represent the entire Christian faith. Rather, many of these individuals, pastors, or churches are only a subset of Christianity, but they are regularly shown on television (or in the press) because their actions are sensational, unexpected, a bit crazy, and they do successfully “bring in the ratings” or “get those clicks.”

If we do try to lump all Christians together, most would suggest that all Christians tend to believe in supernatural forces, powers, or energies of some kind. Miracles, the existence or presence of a Divine Being that can’t be seen with our own eyes, and the idea of prayer changing the course of your life (or the lives of others) are all examples of matters most Christians embrace and hold to be true, but they can’t be proven by science or logic (or at least not with our current scientific understandings). Does holding beliefs that can’t be explained by science make a person anti-science or illogical? I don’t believe so and I certainly consider myself to be equally a “person of science” and a “person of faith.” I believe, for example, that God can sometimes provide help, assistance or even healing in a way I can’t explain. I also believe God inspires people to become health professionals, to do research and seek out knowledge and new answers, to be people who are empathetic and compassionate. So if I’m sick (or someone I care about is sick) we do take a trip to the doctor….and we also say a prayer on our way there.

I love my family, partner, and friends. I can’t prove it. I can’t show it to you under a microscope or through a telescope. I know I love them because I simply can feel it to be true within myself. Not “feel” like we feel emotions, but “feel” like a state of knowledge and certainty that exists so deeply it fills me up completely as a person. I can’t prove “love.” I only “know” it exists in my life. I also love God, and I believe in God. I can’t prove God’s existence. I can’t show you a photo of God on my phone. But I know God is real and present in our lives because I can feel and sense God within myself, in the lives of many people I trust and respect, and because – at the end of the day – I know I am logical, scientific in my thinking, and I generally have common sense. But I also know that I am able to experience, and be part of, something more and so…as we Christians say…“Amen to that!”

ABOUT THIS MCC AUTHOR: Duane Romberger is ordained clergy within the United Church of Christ, and is the External Communications Coordinator for MCC.