Aren’t many Christian denominations OPEN TO EVERYONE, including LGBTQ+ people? How is MCC any different? 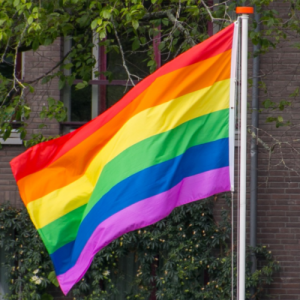 Aren’t many Christian denominations OPEN TO EVERYONE, including LGBTQ+ people? How is MCC any different?

That’s a wonderful and tricky question! In some parts of the world, there are some Christian denominations that are open to everyone, including LGBTQ+ people. However, there are a couple of things to consider about that.

In some denominations that have positive statements or programs about being open, affirming, or welcoming of LGBTQ+ people; that does not mean every congregation in those denominations are open. Generally, individual congregations go through a process to determine if they will be open or welcoming, and only a portion of them do.

Sometimes “open” or “welcoming” is a limited stance towards LGBTQ+ people. For example:

MCC is the first, and in many places, only denomination that was created by and for LGBTQ+ people. Every congregation in MCC is open, and not just passively “open” … we are actively “celebratory” of LGBTQ+ people. Most of our congregations are majority LGBTQ+ communities, though we have plenty of straight members and ministers as well. And, we are proud to have “edgy” queer people serving at every level of our denomination.

Sadly, it is also true that in many parts of the world, there are still NO open congregations, and religious groups are overtly hostile and oppressive to sexual and gender minorities. In those places, MCC is creating a space where people can be affirmed and loved exactly as they are and no matter whom they love.

ABOUT THIS MCC AUTHOR: Rev. Dr. Kharma Amos entered MCC at the age of 18 in fairly conservative Tulsa, Oklahoma USA. She has been a member of congregations in Oregon, Pennsylvania, Virginia, Florida, and Delaware (USA). She was ordained in 2002 and served in pastoral ministry prior to becoming a member of MCC’s denominational staff in 2011. She now serves on the Senior Leadership Team.