Meet the Moderator of MCC 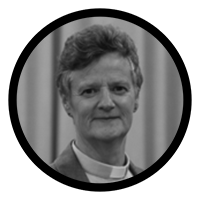 Our current Moderator is Rev. Elder Eggleston and she has been involved in MCC for 30 years, starting as a young LGBT activist who helped to plant a local church. She has served as European District Coordinator and as Regional Elder, working with our churches in Western Europe and Africa. She is one of the few MCC leaders who has served at a denominational level with both Rev. Perry and Dr. Wilson as Moderators, learning from them both about what it means to lead a global movement and international denomination.

Whilst undeniably [British] English, Rev. Elder Eggleston speaks some French and German. After serving for nine years as Pastor at Northern Lights MCC, in the UK, she spent a year travelling and fulfilling her wish list, including volunteering for three months in Swaziland, Southern Africa. She was so inspired by her experience there that she looked for opportunities to continue this justice work. She previously worked for an international development charity, Send A Cow, which trains and equips farmers in Eastern Africa to overcome poverty.

Rev. Elder Eggleston is an engaging preacher and public speaker, as well as an author. She returned to further her studies at Durham University, which has one of the leading theological departments in the UK. She gained a distinction for her dissertation: “Gay Men and Disenfranchised Grief.”