The contents about MCC-related articles for the years 1980-1989 are linked to Independent Voices.  “Independent Voices is an open access digital collection of alternative press newspapers, magazines and journals, drawn from the special collections of participating libraries. These periodicals were produced by feminists, dissident GIs, campus radicals, Native Americans, anti-war activists, Black Power advocates, Hispanics, LGBT activists, and alternative literary magazines during the latter half of the 20th century.”

If you click on any of the links below you will be directed to an article hosted on Independent Voices.  We take no responsibility for the content found on this website, we claim no ownership of the materials, nor are we responsible for the reliability of their website or the accuracy of materials they have collected.

*Unless noted otherwise, all articles on this page were based in the United States and were published in English. You will likely need to resize and/or move the image(s) of a newspaper/magazine page(s) to fully read any given article. 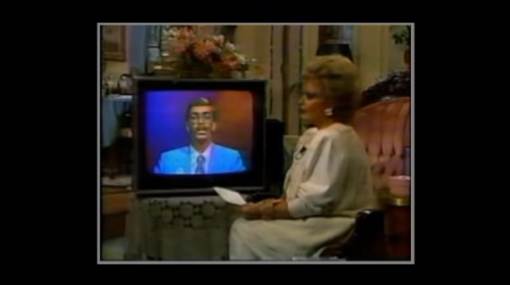 In 1985 AIDS diagnoses increased by 89% from the previous year. It was a full-fledged epidemic fueled by ignorance and fear. MCC Pastor Steve Pieters, an AIDS activist and patient, agreed to an interview with famed televangelist Tammy Faye Messner (then Bakker) who interviewed Pieters for a segment on her show, Tammy’s House Party, which aired to millions of evangelical Christians throughout the United States. Click on the image above to start the video.